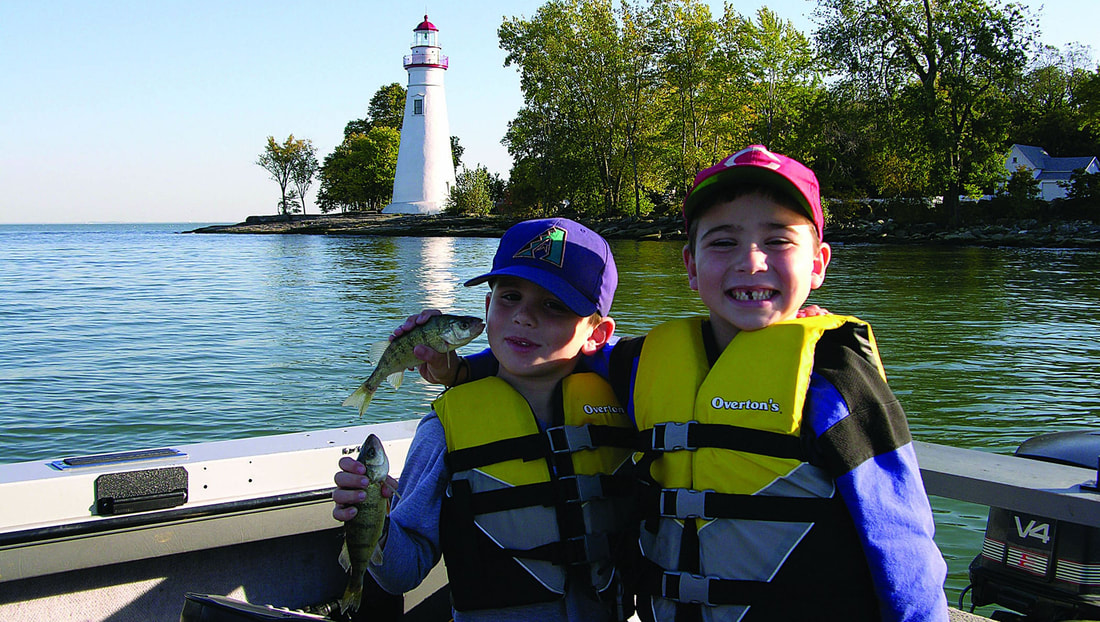 See Lake Erie from the satellite daily.  This provides daily satellite imagery of Lake Erie where you can easily see where the algae/ice are.

Most important to reduce Lake Erie algae is to declare the western basin and if possible the central basins ‘ImpaIred’ under the Clean Water Act followed by a Total Maxi,u, Daily Load(TMDL) which will tell us where the nutrients are coming from and how much – ie. wastewater, fertilizer, manure, storm water, failing septic tanks.  Without this baseline data,
<
>
2015 was the worst Lake Erie algae year on record followed by 2011 when the  algae extended from Toledo past Cleveland and along the Ontario shoreline.  The algae was found over ten miles from shore and up to 60’ in depth.  The algae was so bad that it slowed down boat motors.

Lake Erie was the poster child for the Clean Water Act.  The lake is once again plunging into tough times with massive amounts of toxic algae that cost water plants $Thousands daily and threaten the fishery that supports 10,000 jobs and puts the spinoff $1 billion of economic activity at risk.   While the Chesapeake, Mississippi, and Florida/Everglades are addressing nutrients/algae, the Great Lakes, Lake Erie, has no plan/course of action to stop the greening of Lake Erie water.  We need only to look at Ohio’s largest inland lake, Grand Lake St. Marys- 13,000 acres that were so bad in 2010; there was a no-contact advisory and boats were advised to stay out of the water.  WE NEED ACTION TO REDUCE LAKE ERIE NUTRIENTS NOW!
Lyngbya is a form of algae that was first visible in western Lake Erie in 2006.
Click here for Lyngbya information.

This algae forms hair like massive mats.  By 2007 there were lyngbya island in Maumee Bay – there were pile up on shore up to eight feet deep.  By 2009 the lyngbya was all but gone on the southern shores of Maumee Bay.  The reason for the lyngbya reduction may be Toledo’s installation of storage areas so that the amount of sewage coming into Maumee is substantially reduced.  This is what happened in Highpoint, North Carolina.
Here is how you can help:

The Asian Carp is a Threat to Lake Erie.

The coke plant was proposed near the mouth of the Maumee River and Bay.
Click Here for Coke Plant Facts.

The key contention for the coke plant was mercury emissions, which in a permit issued by OEPA, reduced the mercury requested emission from 550 lbs. per year to 51 pounds per year.

The permit for the coke plant required that construction begin within 18 months which never happened.  Three years later, it appears that the project is dead.

​The Detroit Wastewater Plant is the largest single sewage plant in the USA.

This regional wastewater treatment plant was constructed in 1940 and treats the waste of over 3 million people in 76 communities. It handles over 700 million gallons of wastewater per day
​
USEPA studies show that since 1994, the amount of phosphorous coming out of the Detroit Wastewater Plant has been increasing.(Source USEPA Web site study references) From 2008 through 2010 the Detroit Wastewater plant dumped 67 Billion gallons of raw and partially treated sewage into Lake Erie. It looks like 2011 will be a major CSO year with over 30 billion gallons dumped into Lake Erie from January 1 through August 5.(Source Michigan Department of Environmental Quality Combined Sewer overflow reports).

The Detroit wastewater plant canceled a contract to reduce overflows due to the lack of funding. Also, there are many articles in Michigan papers about corruption in operations if the Detroit wastewater plant. There are reports of failed equipment and under staffing which results in treatment failures. There need to be continuous monitors at the Detroit wastewater outfalls. There are ongoing legal proceedings on this matter. While there are documentations of phosphorous loads at DTWWP in the 1970s, the data is lacking for much of the period beyond. There appears to be no independent analysis of the phosphorous loads from DTWWP to Lake Erie and whether or not DTWWP is meeting the targeted .5 mg/l load. In contrast, other watersheds like the Chesapeake have states like Virginia, addressing phosphorous loading from the wastewater plant discharges, primarily into rivers, by reducing discharges to .1 to .3. Georgia also requires .08 to .3 mg/l with the lower limits required in discharges to sensitive lakes. Phosphorous discharges into Western Lake Erie/Heidelberg/Dolan

The Army Corps of Engineers currently dredges about 650,000 cubic yards of sediments of which almost all are open lake dumped in about 22′ of water.  The sediments in Maumee River and Maumee Bay used to be designated as contaminated and in need of confined disposal.  Since 2003, the Corps determined the sediments suitable   for open lake disposal – the cheapest alternative.  The Corps assessment does not include an assessment of the impacts of nutrient resuspension and algae growth caused by the sediments.
Support Us